Study finds more free thermodynamic energy at a Reconnective Healing seminar than in a hot oven!

Professor William Tiller, from Stanford University’s Department of Materials Science, had studied energy healing techniques plenty of times before.  Professor Tiller’s interest in the field primarily concerned measuring the effects that such techniques have on the space around them – particularly, measuring levels of excess free thermodynamic energy. Professor Tiller had previously taken such measurements at seminars for practitioners of Reiki and other similar techniques and he found that the free thermodynamic energy measurably increased as these techniques were performed.  When he was invited to study Reconnective Healing, Tiller was expecting a similar result.  The actual result astounded him.

Firstly, the energy he measured was off the charts – and unlike anything measured by previous experiments with other techniques. Secondly, the massive increase in energy appeared to occur hours before the seminar was due to begin! 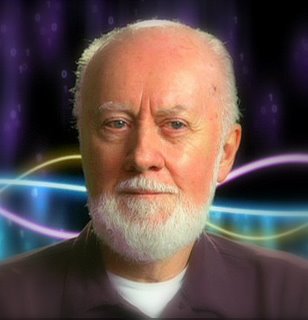 Prof. Tiller and his team had arrived early in order to calibrate his instruments and establish a baseline reading for the room the seminar was to be held in, but to his amazement he found that the room had already experienced a massive increase in free thermodynamic energy.   Prof. Tiller and his team re-checked the equipment and eliminated any other possible sources of interference in the building, but the result remained. The energy had increased early in the room in anticipation of the seminar! The seminar room had become what is known as a “conditioned space”.  Prof. Tiller said:

“The data that we gathered was quite remarkable. First of all, we found that when we started monitoring the room, which was about five hours before anyone – any of Eric’s crew, or Eric himself, or the healers – ever came into the room, we measured a higher gauge symmetry state than in normal reality. It was already a conditioned space!  So something had happened before people even gathered. That space was set up, and that made it easy then for healers to work.  As we continued to monitor that space, we found two days later the increase in this effective energy content was huge!  The Reconnective Healing frequencies bring healing beyond just what has been classically known as energy healing into a broader spectrum of energy, light and information.”

On the final day of the Reconnective Healing training, the energy reached its peak. Prof. Tiller determined that the increase in free thermodynamic energy was equivalent to a temperature increase of 300 degrees Celsius (572 Fahrenheit). In Prof. Tiller’s own words, “that’s huge”. When one considers that just 100 degrees Celsius is enough to boil water, and that three times that would be required to generate the same amount of free thermodynamic energy as a Reconnective Healing seminar, one gets a sense of the astonishing levels of energy at work here. No wonder Reconnective Healing so frequently produces such astounding results!

You can find out more about Reconnective Healing here, or wherever you are in the world, you can contact us to book a distance healing session!