A Simple Explanation of Reconnective Healing

Heilstrom Healing is an online healing practice offering energetic healing all over the world.  No matter where you are on the planet, the energy will come to you!

It has gone by many different names across diverse times and places: the heilstrom, the ether, the source energy field, the zero-point field, the quantum field, orgone, or prana.

Ancient wisdom holds that it is the source of all life, and the cause of all balance. Now modern science – after denying that it existed for many years – is beginning to at last acknowledge its existence.  If ancient wisdom is true and the field really is the source of all life, then the restoration of health – physical and mental – can be accomplished by connecting to the field and allowing it to bring the body back into balance. 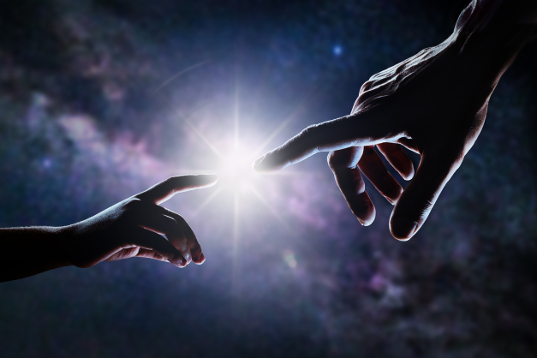 Until relatively recently, the only known way to make a deep, powerful connection with the field was to enter some sort of altered state of consciousness; usually through meditation or sometimes through the use of hallucinogens.  While meditation can be effective, it can take years to learn and may not be easily communicable to other people.  And naturally, the use of any artificial substances comes with its own set of major drawbacks.

Then in the 1940s and 50s, a German mystic by the name of Bruno Groening discovered a way of tuning in to the field (which he dubbed “the heilstrom”) by using nothing more than posture and intention.  Unfortunately, Groening’s methods – while a step in the right direction – were imprecise, sometimes overly mystical, and relied too much on the mindset of the person desiring the healing.  His techniques also came steeped in spiritual philosophies, many of which are open to debate and which – as we’ll see below – have the potential to impede the effectiveness of the energy.

Then in the early 1990s, Dr. Eric Pearl, a chiropractor from Los Angeles, discovered a new way of accessing the field, by simply feeling for it with the hands.  At first he had no idea what he had discovered, except that many of his patients started reporting instant, comprehensive healings, often from long-term chronic diseases. Eventually Dr. Pearl developed the technique into a simple, teachable non-touch energy modality, which he called Reconnective Healing.

Not only was it much simpler than any other technique yet discovered for accessing the field, but its simplicity seemed to work in its favour.  By avoiding any rituals, rigid techniques or philosophical teachings, the energy seemed to do its job unimpeded.  Other energy systems were of lesser effectiveness because the more the healer attempted to direct the energy or impose his own ideas upon it, the more he seemed to “strangle” the energy and limit its full power.  However, the more he put his ego aside and simply trusted the inherent wisdom of the field, the more profound and often miraculous the healings tended to be.  In fact, the healings were so much quicker and more deep than with other energy systems that it really did seem as though Dr. Pearl had discovered a completely different and more direct way of accessing the field.  Later research would suggest that Dr. Pearl’s method allowed an even greater access to the field than yogis or master meditators were able to achieve.

Thus Dr. Pearl had discovered something brand new and revolutionary – a healing system simple enough to be taught to a mass audience, yet vastly superior to anything which had come before it.  As news of Dr. Pearl’s amazing technique spread, it wasn’t long before a number of curious scientists approached him to investigate the reported healings and determine their veracity. To date, around a dozen scientific studies have been performed, and the results are consistently conclusive: When treating a wide variety of health conditions, Reconnective Healing performs significantly better than no treatment or sham healing.  A number of studies have also compared Reconnective Healing to other energy modalities like Reiki or Qigong, and in all such studies to date, Reconnective Healing has come out on top. Full details can be found on the scientific studies page.

What happens during a Reconnective Healing session? Click to read on…